The liempo wars in Cebu City heats up further as Kusina ni Nasing finally re-invented itself with a better signage, a Facebook page and a second branch as well. I am pleasantly surprised with these improvements in Mrs. Ignacia Tiu’s (‘Nasing’) growing kitchen when my friends and I took an unplanned lunch at this humble eatery a few weeks back.

But amidst all these welcome changes, the taste of Nasing’s grilled belly has not changed at all. The meat is properly cooked and it also absorbed the spices and herbs. The best parts are those that have a small layer of fat beneath the crispy skin. If I was not an imaginary diet that time, I would have finished off all the remaining fatty pieces. For those who want healthier options, they actually serve grilled chicken, quail and steamed fish. 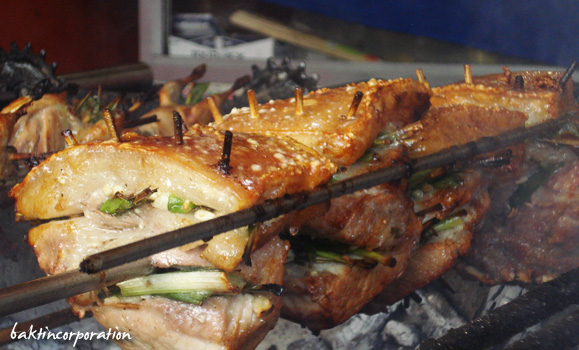 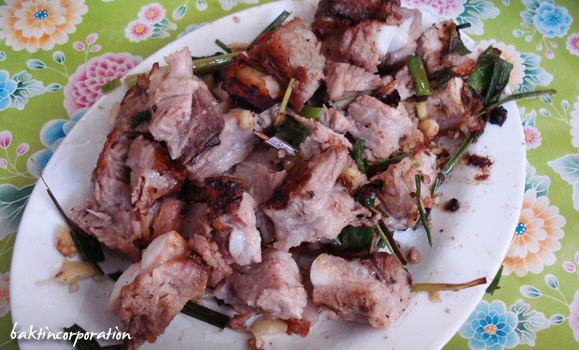 Kusina ni Nasing undoubtedly serves the best tasting grilled pork belly, in comparison to the similar establishments (i.e., herb-stuffed liempo) that sprouted all over the city. In the words of Mr. MarketMan:

“We liked the way the herbs were layered into the liempo, in a less uptight manner. The portions were photogenic on the grill and appetizing to me, and the method of preparation ensured that the meat was likely to be fully cooked. The herbs and fat melted together to provide a delicious basting liquid. The skin was very good.”

And I could only say a hearty hear, hear to that review. 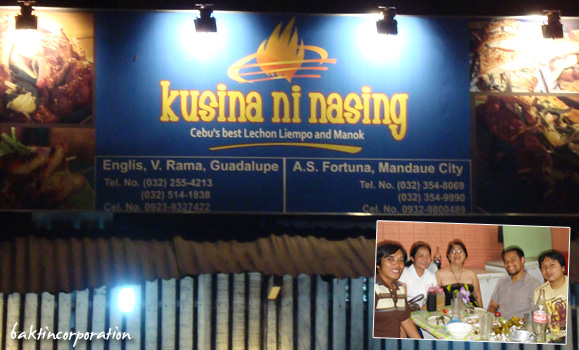 A lechon manok that’s worth queueing for