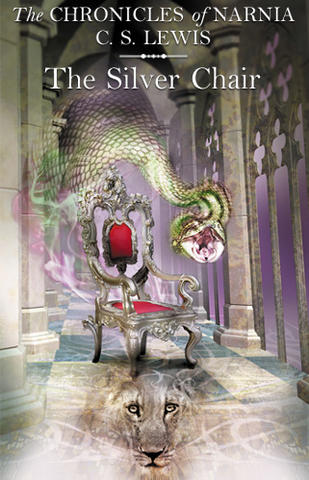 “One word, Ma’am” he said coming back from the fire; limping because of the pain. “One word. All you’ve been
saying is quite right, I shouldn’t wonder. I’m a chap who always liked to know the worst and then put the best face I can on it. So I won’t deny any of what you said. But there’s one thing more to be said, even so. Suppose we have only dreamed, or made up, all those things – trees and grass and sun and moon and stars and Aslan himself. Suppose we have. Then all I can say is that, in that case, the made-up things seem a good deal more important than the real ones. Suppose this black pit of a kingdom of yours is the only world. Well, it strikes me as a pretty poor one. And that’s a funny thing, when you come to think of it. We’re just babies making up a game, if you’re right. But four babies playing a game can make a play-world which licks your real world hollow. That’s why I’m going to stand by the play-world. I’m on Aslan’s side even if there isn’t any Aslan to lead it. I’m going to live as like a Narnian as I can even if there isn’t any Narnia.

I just read the first 6 books of the Chronicles of Narnia. And maybe by the end of the week, I could finish reading the Last Battle. I should have read the whole installment when I was still in highschool – when I was then too keen finishing one Hardy Boys book after another. (I just wondered what in the world have I done with my highschool life.)

But it is still a good read even if you’re already 21. Although I enjoyed LOTR more, I would still recommend the book to children of all ages (even 21 up), especially those who never abandon their search for the truth and their Creator.

A church in the middle of a cemetery